"New" Book by Leonard Peikoff - The Cause of Hitler's Germany 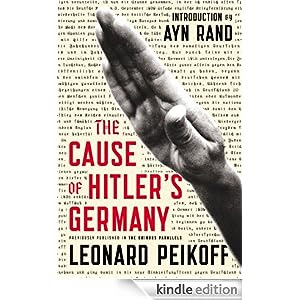 Leonard Peikoff published many years ago The Ominous Parallels: The End of Freedom in America.  Peikoff argued that America was on the same path as Germany during the Weimar years.  There were chapters on Germany and chapters on the U.S.

In November The Cause of Hitler's Germany will be published.  The cover says "previously published in The Ominous Parallels," so I'm wondering if its just the chapters on Germany.

In any event, the book had its share of problems.  One of Peikoff's sources was Rauschning's The Voice of Destruction (aka Hitlers Speaks), which is now known to be bogus.

Some of the alleged Hitler quotes that Peikoff uses from this book sound too good to be true, such as "We are now at the end of the Age of Reason"
Posted by Neil Parille at 8:42 AM